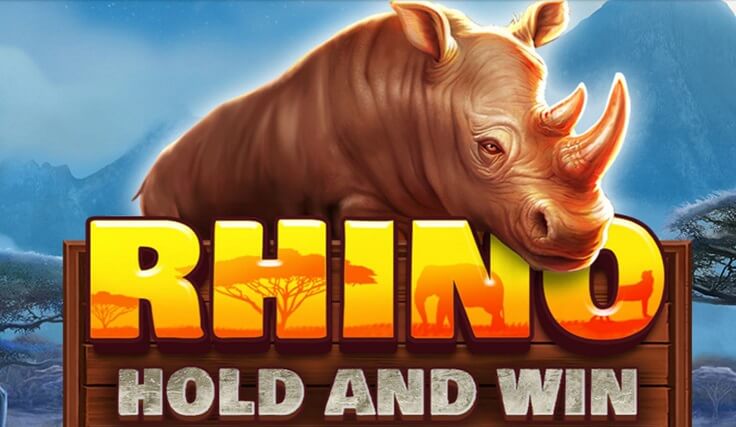 Discover the safari treasure in the Rhino Hold and Win slot game developed by Booming Games. Not only will you get big rewards from the Hold and Win feature, but you will get them from the free spins bonus round. This animal-themed slot game will excite you with the bonus features and the gameplay. Play and enjoy more winnings. 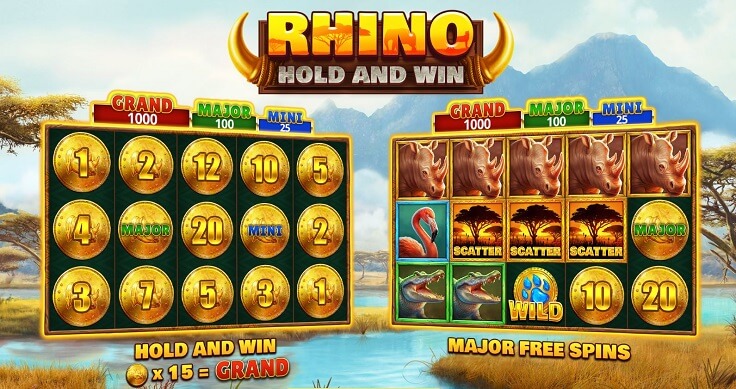 How to Play Rhino Hold and Win Slot

The Rhino Hold and Win slot game has five reels, three rows and 25 paylines to make winning combinations. The prizes are from left to right and it has an RTP of 95.9% which is a bit below the average that is expected from slot games. However, the RTP is still good enough to get you decent prizes.

As you might come to expect with all video slot games, there are theme-related symbols and traditional card symbols. The theme-related symbols include the rhino, flamingo, jaguar and crocodile which have higher prizes, as compared to the card symbols. There is also the wild bonus symbol which can appear stacked on a reel. This will create big wins.

The Rhino Hold and Win slot machine has exciting bonus features. Find out how to trigger them and get bigger prizes below:

Stacked wilds are made up of wilds in stacks of three and appear only on reel two, three, four and five. These can appear partially or completely on the slot reels to create epic winning combinations.

Only up to one Mini and Major Bonus symbol can land at any given time. 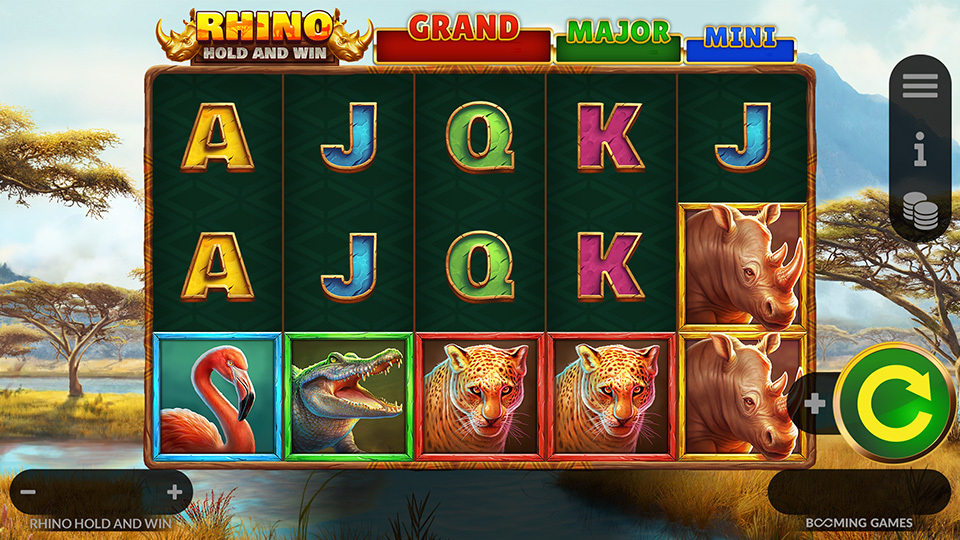