Enter the Snake Arena where knights are in battle with the snakes and whoever emerges a winner will take all the winnings. Do you have what it takes? Spin Snake Arena slot for great bonus features that will give you the boost you need to get closer to victory. 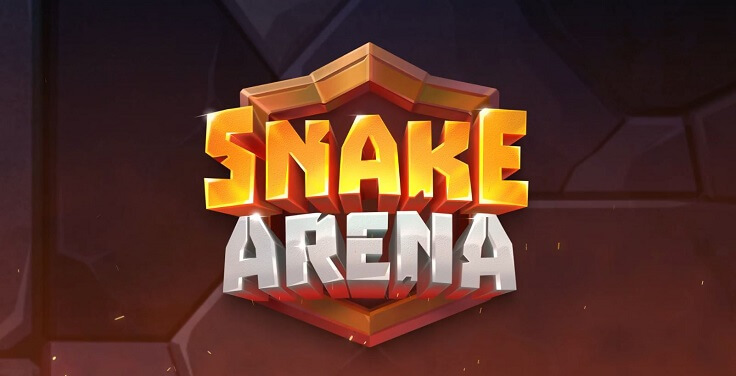 An action-packed arena waits for the ultimate winner in the Snake Arena slot machine by Relax Gaming. The game features expanding wilds, and an exciting free spins bonus round. It features a medieval theme that is based on the classic snake video game. You have the potential to win big with the max prize of 2,758x as well as a free spins bonus round reminiscent of the classic video game.

How to Play Snake Arena Slot

Snake Arena comes with five reels and 30 paylines. You create a winning combination with three or more matching symbols. You will need to match symbols from the leftmost reel going to the right. Even though the slot game looks like a cluster wins slot, it isn’t, which can cause confusion. However, after spinning the reels a couple of times, you will get the hang of it.

The symbol that you must look out for is the jewel-encrusted crown which can award 1x, 5x, and 20x for three, four, or five of the symbols respectively. Other symbols include a castle, knight, tokens with a skull, a crown, ham, beer, and a golden cup. Any part of the snake and the knight act as wild symbols and will help complete winning combinations.

Snake Arena has an RTP of 96.25% and is a high volatility slot game.

Below are the bonus features that you will find on the Snake Arena online slot game.

This bonus feature can be triggered in the base game where the snake and the knight can appear on the reels at the same time. The knight will appear at the bottom and the snake at the top. If both appear on the same reels that reel will turn into a wild.

During this round, there will be a jackpot meter on the side of the reels. The meter will increase whenever the snake moves across the middle reel. When the meter is full, you will be awarded a 1,000x multiplier.

Enter the Snake Arena to collect the biggest prize! 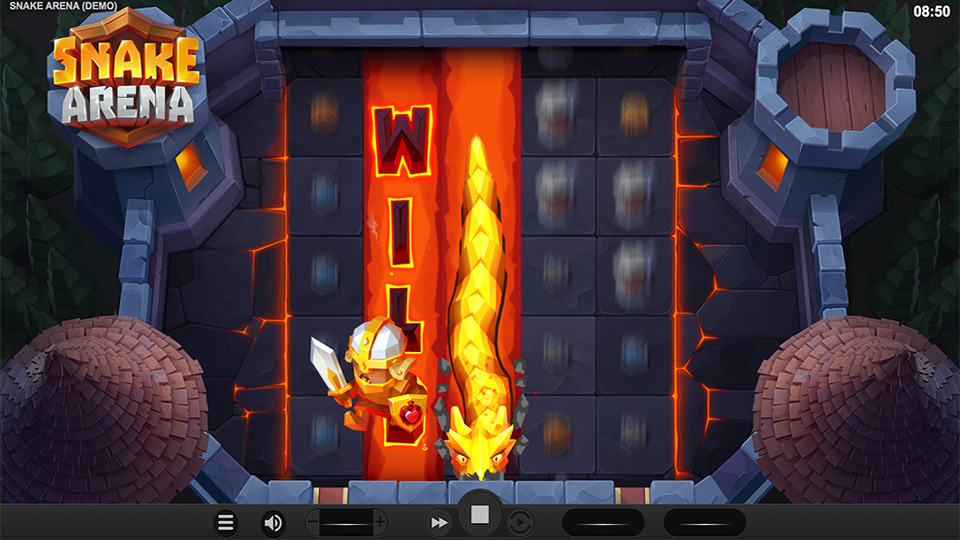