Enjoy another addition to the tumble series by Relax Gaming, TNT Tumble. Blast your way to big prizes with wilds that will drill down the reels. Clear all the rocks to reveal free spins, and unlock over 12,000x in prizes. 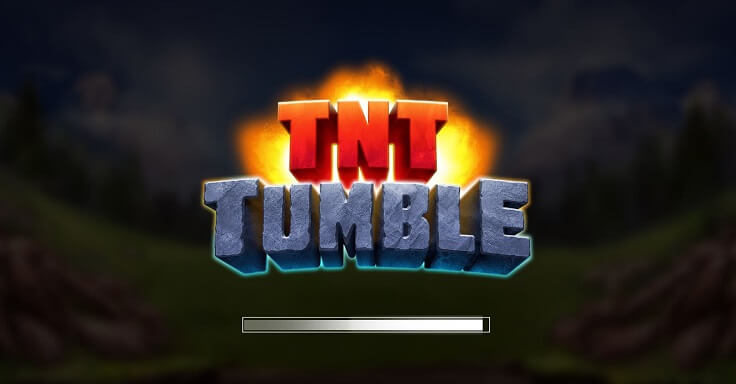 TNT Tumble joins Tower Tumble and Temple Tumble to bring you the same theme of mining gems. In this new addition, find out what the gems have in store for you including the bonus features and prizes. TNT Tumble is a grid-based slot game with a mountain as the backdrop and it is developed by Relax Gaming. This slot game is medium volatility which means that you will get a combination of small and big prizes.

How to Play TNT Tumble Slot

TNT Tumble has seven reels and seven paylines, but it’s also a win anywhere game. You need to match three or more of the same symbols to have a winning combination. These matches can happen vertically or horizontally. An option that you will find on most slot games including TNT Tumble is the autoplay which allows you to lock several spins in one go without stopping. You can autoplay up to 100 spins which can be elevated to turbo spins.

There are six symbols that you will be using to make winning combinations. Two of the symbols have a lower value and the other four have a high value. The highest value symbol is the wild which can award you a 50x multiplier for having seven in a row. The second high-value symbol is the red crystals which will award a 15x prize.

TNT Tumble has an RTP of 96.11%, which is lower than Temple Tumble, but is the same as Tower Tumble.

Great bonus features await you on the TNT slot machine. You can trigger them as below:

What’s more, you will see that there are three rows at the bottom that are locked. If a winning combination happens next to them, the stones will be unlocked. However, should the tumbling come to an end, the rows will be locked again.

The locked rows can reveal the TNT stone blocks which will explode once revealed clearing the other locked rows.

Should you happen to have the whole reel unlocked with five reels and seven rows, the free spins bonus feature will be unlocked. You will receive six free spins which can come in three different volatility and extra bonuses. You must choose from the three extras that will be given together with the six free spins.

The free spins will be awarded as per below: 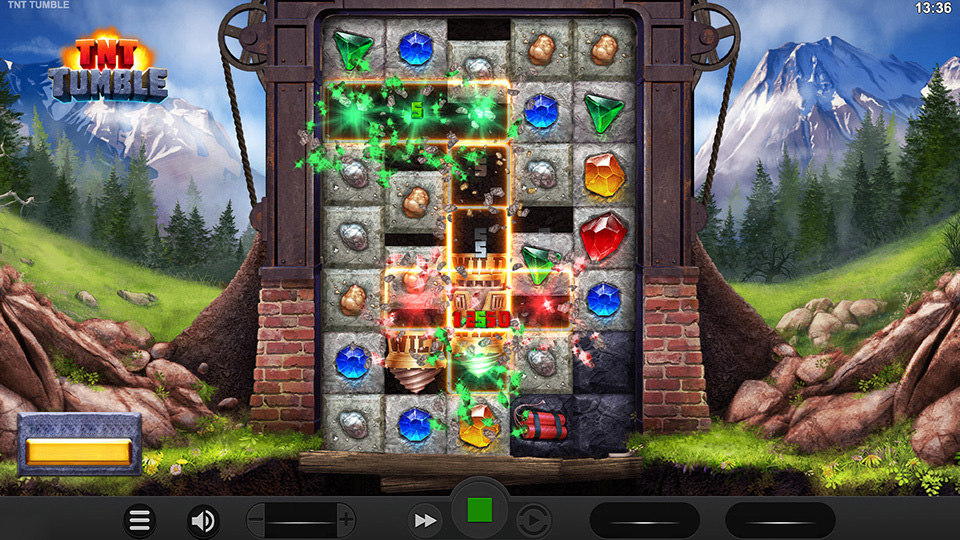