Join the raid on rough seas with ice on this Volatile Vikings slot game. Together with seafarers, you will get through the reels of the game to unlock the biggest prize win of 20,000x. Volatile Vikings is filled with great features that you can look forward to such as increasing multipliers to get even bigger winnings.

Play this eye-catching slot game to unlock great prizes hiding in the totems and Viking-themed symbols.

How to Play Volatile Vikings Slot

Once there is a winning combination, the symbols will disappear, and the cascading feature will activate adding new symbols to replace the disappeared ones by falling on to the reels.

There are four colored stones that are low-value symbols, while the high-value symbols are the five colorful head totems. The bull is the highest-value symbol which awards 50x when you have 12 of them on the reels.

This slot game has four bonus features which include the cascading feature which we have already mentioned above. Find out about the other bonus features below and how you can trigger them for more wins.

The counter will start after a winning cascade and once it reaches zero the multiplier will then be in play. Once the multiplier comes into play, up to eight adjacent symbols will be blasted and a new cascade will activate. You can a possible 10 multiplier reveal symbols and can range from 6/1x up to 2/100x.

The multiplier reveal feature is also in play during the free spins bonus round. However, in this bonus round they won't reset with each free spin. The revealed multipliers are collected on the meter and will be used after each win and the value can continue to go up. When you land a scatter one free spin will be added which can lead to potentially unlimited free spins.

If you have no patience to wait for the free spins to trigger on their own, you can get the feature without waiting for it. All you need to do is active they enjoy the feature, and you will have the free spins unlock on your next spin. 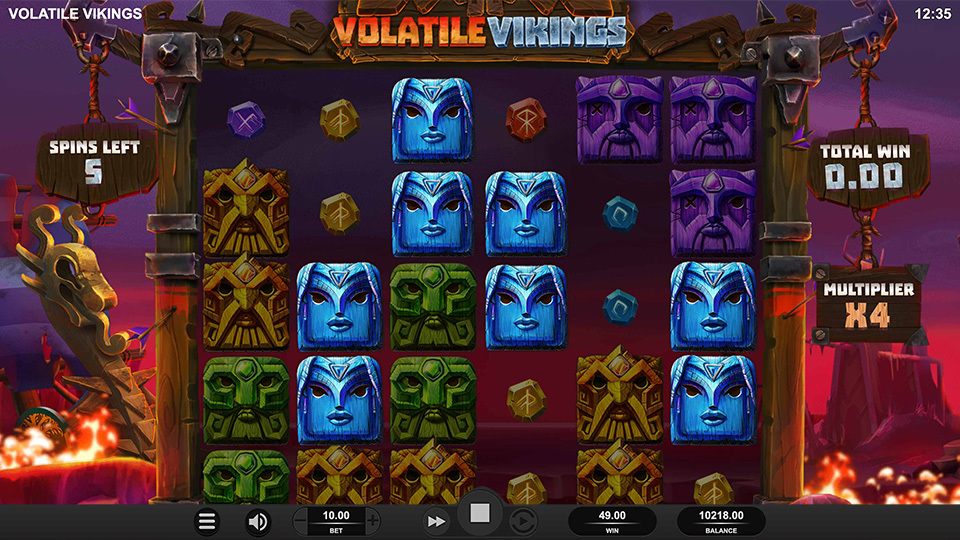